ANYTHING BUT BORING
I’M IN
26 August 2021
#Purestories

Marie (28): the masons, someone’s exes and great men of Pure 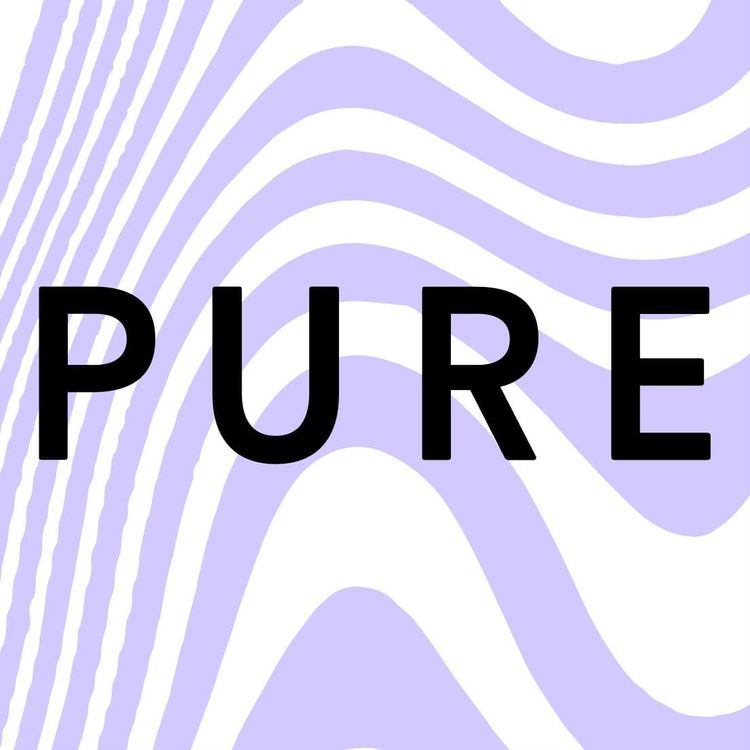 You all seemed to like Yura's story, so we have decided to start posting more stories from all the wonderful people who use Pure. And if you'd like to share a story of your own, please email us at [email protected]

Actually, I am a certified architect. But six years ago I was dragged into the theater life, and there's no way I can leave. Nor do I want to. At the same time, I am involved in creative education for children.

Pure is the way to go

I created an account on Pure a long time ago. I don’t think I had any expectations back then. I was wondering what this new thing was, and wanted to find out more about the app. If I remember correctly, the chat was delayed by 45 minutes, you could not block anyone, I had no strategy and I did not feel safe.

I used it for about two hours, had a chat with someone - and he turned out to be really rude. I guess that's what put me off.

In 2020, when the quarantine started, everyone was on the internet 24/7, and it was somehow easier to make some sort of a connection in the pandemic, because online dating became more popular. I tried again and almost immediately left Moscow for Berlin. This time I knew exactly what I wanted, which helped.

About the great men of Pure

Well, first of all, these are mostly the guys who are very intentional about their lives and know what they need and what they want from the dating app. Not something random like "You’re gorgeous, let's get to know each other better tonight," but they have a specific desire, I think. They know what they enjoy about sex, they know their kinks, they've done a lot of things, and they're not afraid to voice their preferences. And it may not even be about sex or dating; it might be about their entire life: they know exactly who they are and what they want.

Why talk about desires?

I was talking to this guy. At one point I asked him, "Tell us about your sexual preferences so we can both understand if we are on the same page." That's one of the first questions I ask when chatting. And he replied, "I love everything to do with sex, everything". So naturally, I asked, “Do you want me to peg you?”.

He said, "No, nothing of the kind, obviously!". Then I told him that's why I asked in the first place - it's important to understand every single detail. Consent and boundaries are very important. And so we talked and talked and slowly came to the point when he admitted he had a thing for femdom and that he really wanted to try submission. I replied, "This isn't my cup of tea. All you need to do now is find the right person. See how that went today? You've finally opened up about your desires, and from now on you can just simply state that you are looking for that. Rather than saying you love everything to do with sex."

Sex is not just about sex

There was this other guy, he was on Pure for two weeks or so before we started talking. We met up and had a great time. We then realized we had similar interests. He has not lived in Moscow for long, came here three years ago, and I am a local. We chatted about where else he could go, what there was to see. For two or three months we met, had sex, enjoyed every minute of it. And although our romance eventually died out, we became friends and still see each other. We’re not even friends with benefits, we just go to movies, exhibitions, tell each other about our adventures and keep sort of a close relationship. Originally it was based on sex, but then it just turned into a friendship, and I think that's a great turn of events.

My work colleagues and university friends are rather creative people, and I rarely hang out with any, uh, brokers or geologists. But, amazingly, you can learn a lot of new things about this world from just one encounter. The most amazing thing happened when I went on a date with one of them.

He was completely, I mean entirely outside my circle. But there’s something exciting about dating your total opposite. We met in Moscow on the roof terrace of a restaurant, and then something odd happened mid-conversation. He said to me, "I really like you, and I have something to tell you."

He ends up telling me that he tried to join the Masonic Lodge, and also that he is a flat earther. I look at him and try to understand if he is joking. And I ask if he realizes that ships go over the horizon. He says, "Well, just search for the explanation on YouTube. Any pilot or submarine captain will tell you that planes do not fly in an arc, they fly in a straight line." And then it hits me. He’s fully serious and believes in all of the conspiracy theories.

Then, of course, he asked if there would be a second date. I said, "You know, I really like you, but unfortunately I have very different views on life. It's not going to work out." He then texted me a few more times, but I honestly said: "Sorry, I really can't."

The dick pics, torsos, and objectification

I am not easily embarrassed, especially by nudes and dick pics, but it's surely better if they’re solicited. I might be sitting in a bar with friends, with a lot of people around, and they did not want to see it. I do not have a problem with an occasional nude, but it's nice to get a warning or be asked, and not get it out of nowhere. Sexting is fun but only if you follow the rules. You can read our guide on sexting for beginners here.

How do you ask for a dick pic? Simple: can I have your dick pic, please? Or, if I ask for photos and someone sends me, say, three passport size photos, I ask for more photos. This time with a bare torso. Even if you are just flipping through the album and you do not see those frontal photos, but instead see some aesthetic nudes, you think: cool, something unusual. He has good taste.

I admit that looks are important to me. I love an athletic body. But at the same time, when I meet a person in real life, appearance stops being important to me. It's like I have some sort of internal built-in filter making it easier for me to choose. Otherwise, the options are endless - I get lost!  For me, it’s as if this lookism only manifests itself on the internet, but none of it matters in real life.

Recently I met a guy, we had a great chat with him, then had a fun time, but there was no chemistry. It happens. He felt bad it didn't work out. We said bye and walked down the boulevard in different directions, and then he sends me a text:  "Imagine this! I just ran into my ex-girlfriend. And she said she wants to get back together ." I know he really missed her, he told me at the end of the date. And I am like, what if we had stood there and kissed? She would have walked by and probably would’ve gotten really upset ". We texted a few more times but did not become friends. I am still friends with Misha though, this guy I was hooking up with for a while.

I usually ask questions first and then just answer them myself.

That I’m having 10 more chats simultaneously.

What are some fantasies you’ve managed to fulfill with someone from Pure?

I feel like I realized all of mine before Pure, so now I am just taking part in other people's fantasies.

What’s something you have never tried and won’t try:

I will never go  to a stranger's house  or a hotel room.

In a potential partner, you are most attracted to….

An open mind, honesty, awareness, and well, a sense of humor could be useful.

You will never date a person who…

Doesn't know what he desires, is rude and impolite.

The coolest thing about Pure is - …

Instant connection and meeting up - no waiting game.

Before meeting someone, remind yourself and your partner that you might not click in real life, and that is okay.