Single parents in dating. POV of a mother and a father

Parents are people, too. It's strange, but the general public has to be reminded of this all the time. For the time being, we continue to live in a world of stereotypes, where being a mother strips you of the right to openly talk about your desires, but fathers are given a full carte blanche - because according to some, that’s natural.

Single moms and dads: what does society expect from them?

That is, if we imagine divorced parents, the first thing we think about is a mother who devotes 100% of her time to the child, still works full-time and has no time to think about her personal life: unless it’s to find a “new dad". There is no ease or freedom for mothers. Any other model is condemned and denied.

Well, with fathers after a divorce, everything is also simple in society’s mind: he went to the store and never came back.

But, you won't believe it, times are changing! Parents break up and choose models of co-parenting, in which they share their responsibilities equally. Yes, that happens, and more often than ever before. Someday, we’ll do a guide on how to parent singlehandedly, but today we have two inspiring stories for you. Single parents dating. Masha and Slava, our guests, aren’t familiar with each other, but they both have children and also try to keep their dating lives afloat and without guilt. So, life hacks and pitfalls of a single parent dating. Let’s talk about it.

My name is Slava. I'm 34. I have a 6-year-old daughter Alice. I also have an ex-wife, her name is Natasha, she's 33. We haven't been together for almost 4 years, but we haven't formally divorced. We periodically live together for some time, simply because we are partners. Neither of us is a “visiting” parent.

My dating revolves around planning. There are days during the week when my daughter is with me, and those are off-limits - I can't meet anyone in any way. I had a thing with a girl for a few months when we would meet up for casual sex. During the week we weren’t communicating, but we would make plans for the week ahead, which we’d come up with in advance. I told her my availability for the upcoming days, and she chose the slots that worked for her. Even in my calendar, there were slots titled “sex”!

There’s definitely some deromanticizing going on. It's hard for me to compare, because I may even have forgotten what romance is like, but I always try to leave space for spontaneity and all sorts of unconventional solutions. For example, last weekend I made plans for an ONS. My ex-wife and her boyfriend went to Colombia together for 3.5 weeks. I understand that I'm with my daughter on the weekend and it doesn't work out at all. And I’m like, what can be done at all to make this work?  And I came up with the idea to just text the owner of my daughter’s kindergarten because a few months ago she mentioned they organize parties on weekends. And I suggested to her, "What if we bring Alice?". She's like, "Listen, we're just going to the countryside." I'm like, "Wow, deal!." But later that evening, Alice got a fever, her stomach hurt, she was sick all night. Therefore, a creative solution was found, but it didn’t work out in the end: my daughter's health is more important than anything else.

When girls on dating apps find out I have a child, the reaction varies. Two examples for you to understand how different it is. The first one: when the girl came to my house and saw the nursery, she said she was very comfortable. She said she felt secure due to the fact that I have a daughter and take care of her. And as if, it seems to me, we became closer at some point after that, at least she opened up to me. It was nice. The second case: on a date at a bar, a girl found out that I have an ex-wife and a daughter, she got very nervous and angry. Then she started crying. She said she was very upset because she wouldn’t be able to have a serious relationship with me in the future.

Here’s another story. This girl and I met on Pure, she had a daughter whom she would sometimes take to the grandparents' house for a few weeks. And the whole time she was hanging out with men. And she shared that, on the one hand, she’s happy when her kid isn’t around. But on the other hand, she’s disappointed she can’t spend this time with her daughter and somehow blames herself. There was a girl with whom we tried to meet dozens of times, but because she had a child, she constantly postponed and canceled last minute. There are people who find it quite difficult, perhaps due to the logistics, to separate their child from the rest of their life. And I get that, too.

When I have a day off, I understand that I'm going on a date with a girl, and my daughter is at grandmas. I'm walking around the city and thinking how cool it would be to spend time with my daughter right now. And so on the one hand, it’s great to be where I am now, I like it and I feel free, but on the other, I also know that I’d like to share this evening with my daughter. And I blame myself for being a bad father who went on a date instead. It’s very conflicting, the whole thing.

My name is Masha, I’m 32 years old, my son is 4. His father and I have quite a good agreement, we share responsibilities more or less equally. I work very hard, my ex-husband works very hard and we try to find some kind of balance. Seems to be that in proportion, probably, my son is with me more often than with his dad. But my husband takes him for a week, then he's with me for two weeks, then back to my husband for another week. Something like that, I’d say.

Let's put it this way: I was a puddle of tears for two months after the divorce. Figuratively speaking, my life collapsed, the ground was knocked out from under my feet and it happened very abruptly. I knew that our relationship had collapsed and I was trying to sort myself out: how much do I believe that something positive can happen to me in my life? How do I find romance and intimacy again? And it seemed so unbelievable at the time that I would ever let someone get close to me again, that I would be able to get closer to them, that I would be even able to have sex. A colleague of mine said that everything that was happening to me should be treated as a project. I gave myself a clear deadline when I have to get out of hell and start living again. And somehow it really happened and it coincided with the fact that I remembered Pure exists My friend and I downloaded it together and started to explore.

Regarding the fact that I’m scared people will start shaming and judging me from the get-go, I wouldn’t say I’m afraid. Because in general, I know that my environment and people close to me understand that dating is perfectly normal. Do I still encounter shaming? Yes, sometimes, and I have great stories to tell. There are a certain number of people who claim that I should be ashamed of myself, that I’m doing god knows what instead of looking for a new husband. But it doesn't really phase me, to be honest. Regarding my sense of self: we even worked with my therapist on this and tried to figure out where I got the attitude that being a mother automatically means being on the ‘sidelines of life’. Where I got this belief from isn’t quite clear, because there are a huge number of examples around me that beg to differ.

How do I date? Speaking specifically about my situation, I choose those days of the week, weekends when my son is with his dad, or I can tell my best friend: "Listen, I got asked out on a date, I’d like to go, can you watch my son?" She is very kind to us and often agrees.

I try to be as open and sincere as possible in dating. First of all, I don't understand why lie at all or somehow invent some other personality for myself. We can get acquainted in Pure, we can be completely ourselves and honest. For me, it’s all about unwinding and distracting myself, but the fact is: if you begin your acquaintance based on lies, there’s just no point trying to build something meaningful. It's very hard to get out of this later. Even if it's a one-night stand and even if it's unlikely to turn into some kind of relationship, I still mention that I have a child. I don't do this from the first message - only once I understand we’re going to be meeting IRL. As a rule, I don’t invite people over. I always mention that I don't live alone, that I live with my son.

The main insight probably lies in the fact that me having a child very rarely scares anyone away. And if not, I don’t take things personally - it’s bad for your mental health. There have been a few situations where the guy would follow me on Instagram and said, "Uh, should’ve warned me you had a child." I think you were going to sleep with me… Or were you already planning to provide for me with my child? When this happens - it’s a red flag. Probably won’t get along. When a person shows enthusiasm towards my kid, that’s great and important - makes me realize they’re not just here to sleep with me, but also talk about dinosaurs. 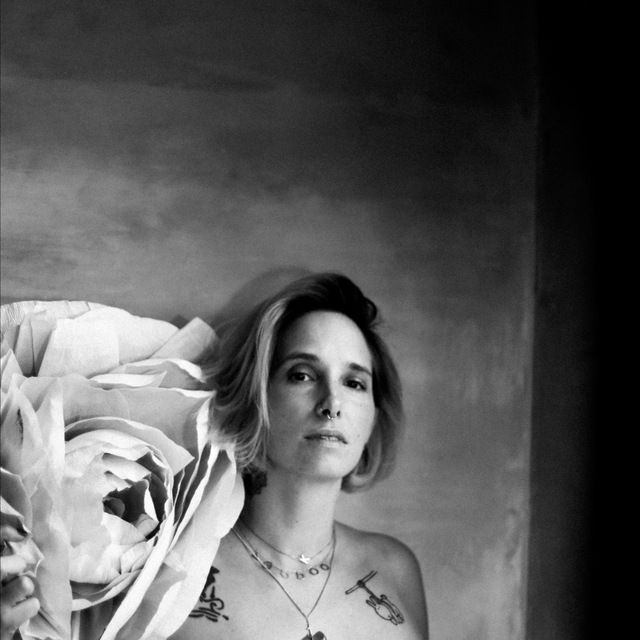