Body Objectification: Are we all guilty?

What exactly is objectification how can it affect both sides? Grigory Tumanov discusses new moral standards, the impact of patriarchal foundations on objectification, and how to deal with it. This piece will help you discover a perspective on women's objectification of men.

I'm trying to recall the last time when I heard any physiological details about my male friend's dates. Men of all kinds are now afraid of objectification even among their closest friends, and the most that slip is a couple of ambiguous jokes. I guess it's an impact that #metoo made, or at least something very similar.

In a nutshell, objectification manifests itself. "And, you know, he's got abs, and his face is so cute. And unlike some of my previous dates, he's very gifted down there ", I can hear my friend's voice from the balcony, where she is telling my wife about her first successful date in the last few months. I'm trying to figure out if I'm hearing it because I said I'd go to another room to have a call, and they didn't have time to finish the conversation before I returned, or they know I'm back and I heard everything? It seems like it's the latter.

Do you want to know what kind of men you'll meet in Pure? Take a look at our findings

"Do you talk about the bodies of the guys you slept with, with your friends?", I ask another female friend as we walk through the city, melting from the heat. She confirms, saying that they talk about the body, but also the quality of sex, endurance, and other parameters that are usually kept hidden from prying eyes. I'm trying to imagine how I would react if I were a guy who is being talked about and then I have to meet friends who heard all of that. Mmm, weird, to say the least.

If you believe that the best compliment a man can receive is recognition of his sexual omnipotence, you are mistaken. Recognizing the fact that we beat everyone at  "The Witcher-3" — that's much better

Objectification of women and traditions

All of this got me thinking about how strangely social attitudes work, determined by a completely patriarchal approach. I remember being told as a boy, "A gentleman does not discuss the details of the night with his friends," and in general, how inappropriate it is to discuss any private details of a girl with a male companion. It's easy to see where this comes from: a woman used to be considered an object, not a subject, and it's not acceptable to talk about someone's property. That is, the roots of this seemingly noble rule did not spring from a deep respect for the partner and a refusal to sexualize her, as much as we'd want it to. Not to mention that some male groups occasionally talk all things about women when they do not feel respect for them.

Is it possible to discuss your sex with others?

Nonetheless, everything is jumbled interestingly: men are often accused of publicly objectifying women, while women can mindlessly engage in objectification when talking to friends. Both appear to have a flaw. Great sex (especially on the first date) creates a whirlpool of emotions that you might feel the need to share. It makes sense that someone would go talk to their closest friends, to tell them about the spicy details about their new partner. It doesn't matter if it's with or without details, through awkward jokes or embarrassment. The important thing here is that we want to express our feelings. But it's also important to remember that these feelings aren't just ours. More precisely, telling that everything went great is fine; telling in detail about another person's body or your time together without their permission is definitely not okay.

How to deal with objectification

Sometimes it's easier for us to discuss sex with someone else than with our partner, but it's like playing football with random passers-by rather than your teammates. At the same time, the person you're having a relationship with is the ideal addressee to share your experience, talk about things you liked, and so on. You can sext too if you prefer.

It appears that the first step in tackling the objectification of women and men is to confront inner hypocrisy, train yourself to talk to your partner, and be more open. Some may argue that refraining from discussing private details of our lives is unnecessary puritanism, but I believe that, first and foremost, this is a sign of respect. To someone else's body, to someone else's sense of security. Even if your partner is unaware of what is going on, they must be able to trust you. Don't mistake silence for consent (especially in sex, where active consent means so much). After all, there's no limit to how much respect you can give someone. 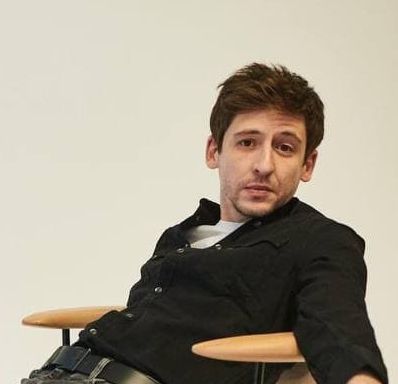