ANYTHING BUT BORING
I’M IN
Dates
30 September 2022

How to spot a bad guy? Look for these 10 red flags

Sometimes it can take a while to realize that a man isn’t right for you. But there are some red flags that you may notice right away. Let's skip the obvious signs and focus on the ones that might not seem dangerous, but are still very important to identify.

“You're different than other girls”

This! When a guy says that all the girls that he met before you are foolish and erratic, but you aren't, Chances are that this will literally last until the moment when you decide not to go home with him, especially if he treated you to dinner (even if it’s a Big Mac). This kind of person might even demand 2 dollars back, that he paid for your drink. You just don't want to be in debt to him, even though he's not necessarily a bad person.

Saying nasty things about his ex

"My ex is crazy!" — well, it's best to gather your belongings and make a slow, deliberate exit after hearing these words. If your man says that about a woman he once dated, good chances are one day you will be that "crazy ex." With no judgment, we don’t think he’s right for you.

Playing the role of the victim

How can one tell if an individual has abusive tendencies? He'll be looking for a girl with rescuer syndrome. Often he’ll find it: especially since we’ve all grown up watching movies where the "good girl" fixes the "bad guy." But in reality, that doesn't really work. Here’s what will happen instead: he will get upset with you and accuse you of being a horrible person every time he makes a mistake. If you translate actions into words you’ll get something like: "I'm an asshole and I like to give you emotional swings. I'm not going to change". Trust us when we say — this guy doesn't give a damn about you.

Confessing his love on the first date (aka love-bombing)

Possibly offer you to move in on the third. This one makes it simple to identify potential abusers. A proposal like that should at the very least bamboozle you, even if your date is not one of the bad guys. It looks like he is eager to emotionally bind you to himself. If you don't express your position clearly and say "no," you might start to get manipulated. There’s one way out — flee.

"I made everyone come" often means "made them fake an orgasm, just so I would stop pounding their vagina like a woodpecker"

Constantly insulting that one person

He works with a coworker, friend, or acquaintance who he "can't stand”. In any case, he'll tell you how he feels about her, all the time. This will be the one he cheats on you with, as proven by millions of experiences. Is that something you really want?

"I made everyone come"

Ten sure signs a guy is using you include: he won't name your ten erogenous zones and most likely has no idea what a clitoris is. "I made everyone come" often means "made them fake an orgasm, just so I would stop pounding their vagina like a woodpecker."

If your date prefers to text at night instead of sleeping, that's on him — sounds like he has a circadian rhythm issue

"Men and women are different species"

From the creators: "I'm not sexist, BUT”. Clearly, this guy skipped biology classes in school. Modern research clearly states that both men and women are Homo Sapiens. Guys like him will typically believe that "males are polygamous by nature" and use instincts, which, by the way, humans do not have, to defend male infidelity. Now you understand what a lousy homo sapien your man is.

Texting you only after midnight

He is searching the ground for further manipulation. His internal dialogue goes something like this: "She has to be in touch at all times, waiting for my call or message. I am the God". If your date prefers to text at night instead of sleeping, that's on him — sounds like he has a circadian rhythm issue. Thank you, next!

Doesn't want publicity in a relationship

He is either already involved in an affair with at least one other girl or is married. That could be a viable option if you have no serious plans, but if you want a decent relationship, you better get moving. If not, you'll have to endure several years of the cliche, "I'll soon divorce her, now is not the time" or "I’m staying for the kids" and "My wife and I haven't had intimacy in a long time; we live like brother and sister." What’s in it for you? He already belongs to someone else, in this very case sharing isn’t caring.

Have you been asked out on a first date to dine out? It’s a perfect place to question his sanity. If he’s getting angry with waiters, requesting the manager, and saying this: "What am I paying you for anyway?" — get the bill asap! 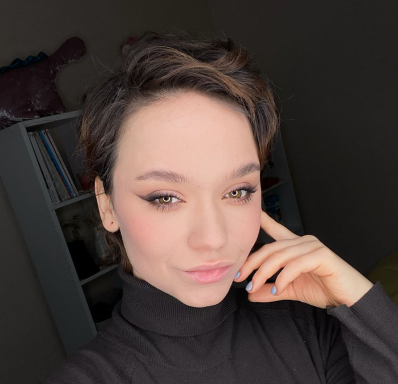