ANYTHING BUT BORING
I’M IN
20 October 2021
Culture

11 Underrated Queer Movies You Must See 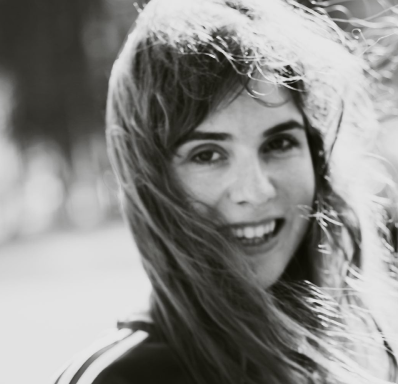 You’ve watched Carol and Brokeback Mountain, surely. But queer cinema is not a genre or a description we use to generalize any non-heterosexual plots — it is, first and foremost, a fight for expression and freedom of self. Historically censored and scrutinized, sexuality in cinema is much more than just its mere presence when it comes to queer storytelling. It is a stance in and of itself. Alisa Taezhnaya, our film expert, picks 11 unconventional and essential LGBTQ+ films that you should watch.

The best part of the 90s - teenage rebellion and irrational desire

Gregg Araki’s indie VHS era is still a classic, fresh as ever even 30 years after its release. This reckless, all-hating, breakthrough work pushes boundaries and tells us everything we thought we knew about young people. You can clearly see Araki’s influence in nearly every rebellious teenage-revolved and queer TV shows and movies of today. The director’s view on gender is exploratory, and teenagers striving for a better life don’t care about perceived limits when it comes to self-search. The male characters have a full face of makeup on, and the females are dressed hyper sexually. Polygamy, sexual freedom, hatred for morals, and boredom — the characters can be whatever they want to be, except for one thing: what adults expect them to be. Araki’s queer movies about youth and rebellion show that there isn’t much logic behind our actions when we’re young: we’re impulsive and need everything at once. The portrayal of queerness in the films is just another way to challenge the tedious, mere mortals’ norms. 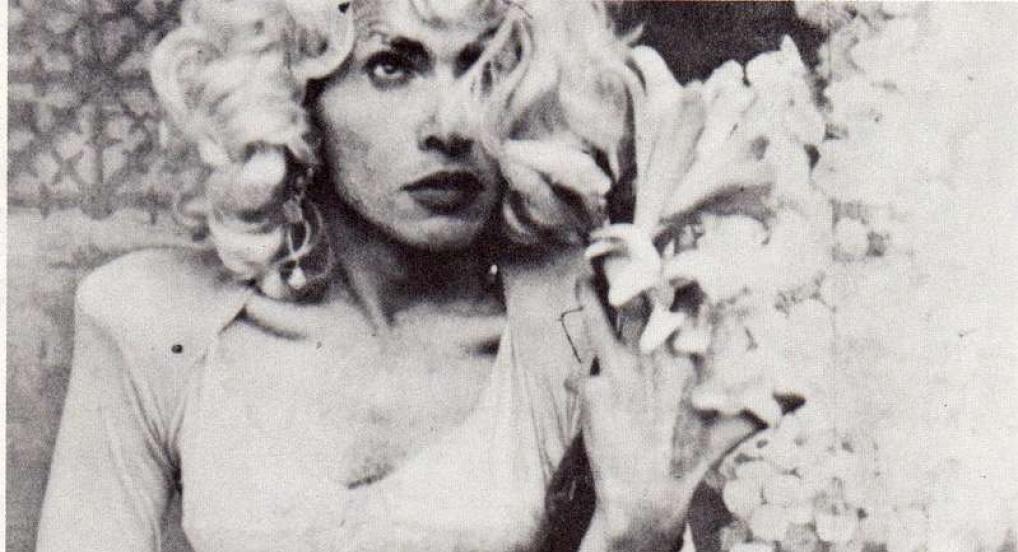 Jack Smith was born in the 1930s and grew up in Texas — not the most favorable location for queer filmmakers and performers — but things changed when he moved to New York in the 50s. His actionism roots are very much visible in Flaming Creatures and Normal Love — non-narrative avant-garde and very underappreciated LGBTQ+ films with explicit scenes being shown to us in the best tradition of underground cinema. Smith, much like many of the countercultural creators of that time, was followed by censorship and blamed for adult propaganda and the demoralization of potential viewers. His work still made him the legend of the American underground, thanks to his completely and utterly unique portrayal and understanding of the human body and the freedom that comes with it. The actors were free to explore, with a manual camera following each of their movements and capturing all the dirtiest things in close-up angles. Normal Love, according to Smith, is the only kind of love where norms and limits don’t take place.

There aren’t a lot of things that can be compared to the beauty and transgression of the Japanese New Wave: for young directors of the ’60s, cinema was one of the ways to fight the establishment, globalization, and national censorship. Matsumoto’s first film comes from the depths of the Tokyo underground. The main characters are transgender, and the locations throughout the movie are mainly cult clubs, streets, and apartments. In the epicenter of the plot lies a love triangle full of jealousy and passion between the club owner and two transgender employees. The story is merely a frame of the rare pulsating imagery — after all, frank and sexually charged films that look more modern than most of the current ones half a century later can be counted on one hand. The real protagonist of the Funeral Parade is a camera that greedily grasps all the curves of bodies in uncomfortable angles, finds itself in the center of every wild party, and becomes an intermediary between sexual partners. Cheeky in the best way — Funeral Parade is a queer cinema classic and a visual gem of the 60s.

A bold and tough portrayal of a gay hustler, cinéma-vérité style

Before gay community-beloved Portrait of a Lady on Fire there was Shirley Clarke’s Portrait of Janson – an underrated must-see queer documentary film. Director Shirley Clarke and boyfriend Carl Lee locked themselves in a room of the notorious Chelsea Hotel for a day to shoot the Portrait of Jason, based on Jason Holliday — a famous underground artist from Andy Warhol's clique. The founder of pop art himself was going to shoot Jason for his project together with Edie Sedgwick, but, much like many other ideas of his, this one was not destined to actualize. The autobiography that Jason tells Clarke on camera, answering her provocative questions, is the sad story of a man whose personality has been an act since early childhood — a necessity for him to survive and stand out from the crowd. In Jason's confessions, discrimination, slavery, and the marginalization of the queer environment are all talked about candidly. Very few documentary monologues in the history of cinema expose the society of norms and privileges the way Portrait of Jason does it. After being hidden from the general public for half a century, Portrait of Jason now looks very different in the light of the Black Lives Matter era and the new far-right demagoguery.

The story of bisexual Shirin who lives in New York under the wings of a traditional family was written and directed by Iranian Desiree Akhavan. She’s mostly known for her second LGBTQ+ movie — The Miseducation of Cameron Post, whereas her first queer movie is still underrated. Desiree Akhavan identifies as bisexual and in Appropriate Behavior she happens to play the main character. The conflict of the heroine is based on Akhavan’s real life and touches on being an openly bisexual woman, the difficulty of being proudly yourself, trying to fit into the morals of your family, and living in a society that will always perceive you as "different”. The search for support in oneself becomes the central theme of Appropriate Behavior, where we can also see the influence of Richard Linklater and Lena Dunham. This is a very relatable and inspiring piece of work about finding the strength to resist social preconceptions, fully embracing yourself and your desires.

One of the precious souvenirs from the Warhol film factory

Paul Morrissey, an underground director, and Warhol’s collaborator shot an entire trilogy with the star of the non-conformist 60s Joe Dallesandro — with Flesh being the first part. The magic of this movie is completely lost in the retelling: a young hustler is wandering through the streets of New York, chatting with friends and having random sexual encounters, for money and for free. What is absolutely captivating in Flesh is the inner freedom that comes with an absence of mainstream labels on the characters’ sexuality. Morrissey doesn’t portray queerness as exotic or different. The sexual scenes are a natural occurrence, thrown into the blend of conversations and hangouts in the city. Sex in the city is disordered, spontaneous, sometimes strictly mechanical, not seeking approval or labels — very few directors can do queer cinema the way Morrissey did.

The poisoned love of an authoritarian fashion designer and her lovers

Fassbinder's entire filmography is one of the pillars of queer culture: the German independent director of the new wave avoided self-censorship in all his films. And The Bitter Tears of Petra von Kant is an absolute gem amongst underground gay movies. Most of his stories are about relationships outside of heteronormativity and monogamous values. The Bitter Tears of Petra von Kant is a deep psychological drama about codependency and emotional dominance, where an attachment is replaced by the urge for possession. Petra von Kant, whose husbands are no longer in her life, having raised an adult daughter and still struggling to be on good terms with her mother, lives with Marlene — a woman who worships her. Suddenly, a young lady appears in their house, and Petra feels an undeniable attraction right away. Fassbinder was in his theatrical manner, making a drama about a toxic narcissist and the victims that all get intertwined in a highly unhealthy dynamic — and we’re only limited to a couple of rooms in Petra’s house for the duration of the movie where all the scenes take place. Symbolically, there’s a lot of mirrors next to the narcissists.

The Duke of Burgundy (2014) Peter Strickland

An intimate drama about a lesbian entomologist and her maid

Evelyn — a quiet-as-a-mouse student coming to work for Professor Cynthia as a maid. Cynthia specializes in insects ("The Duke of Burgundy" is the name of one of the butterflies). Their attraction starts with mutual observation and voyeurism — and now flash-forward, and Evelyn is already in Cynthia's bedroom, enjoying her utmost attention. Strickland shows a world without outsiders — there are neither men in the film nor any other women — where passion goes through all the stages from a cocoon to a butterfly, and a contest of identities is built on quiet remarks. There’s a plot twist, as to be expected in pretty much any BDSM scenario, but that isn’t the best thing about the movie — it’s all about the seductive imagery and main characters, as both are far from stereotypical lesbians portrayed in queer movies.

Kenneth Anger consistently shot queer films in an era where "unconventional" sexuality could land you in prison — so the LGBT+ community rightfully considers him one of the founders of queer art. Enger was raised in the family of the Presbyterian priest Anglemeyer, and as a teenager, he became interested in the occult, heavily influenced by Aleister Crowley. Kenneth shot his earlier work on an old amateur camera: provocative, homoerotic Fireworks made him quite well-known among the underground crowd. One of the first viewers happened to be sexologist Alfred Kinsey, the most important researcher of sexuality to date. Fireworks plays on the aesthetics of biker clubs, sailors, sacrifice, and satanic rituals, all while maintaining great humor and amazing taste — so Anger’s films are unearthly and hypnotizing and remain the best underground queer movies even 70 years later. 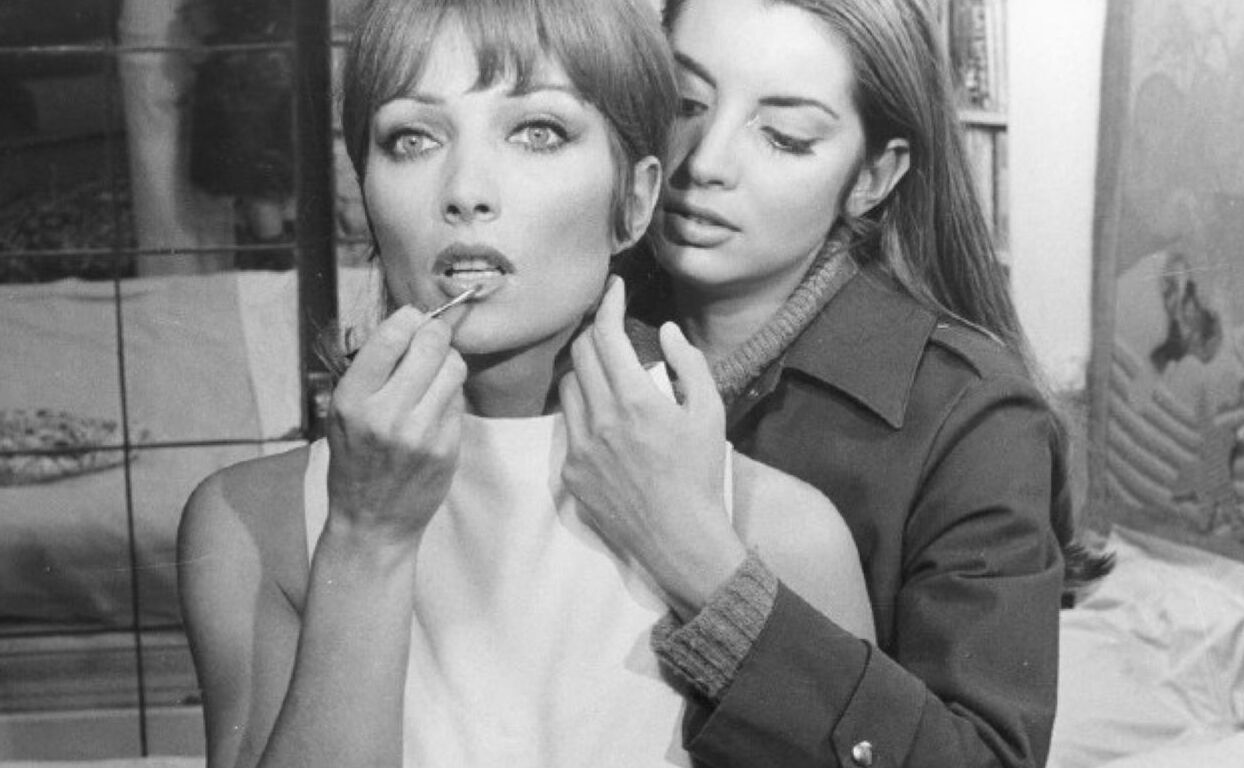 The film is a direct attack on bourgeois values, traditional families, and canonical sexuality, which was common for the directors of the French New Wave. The movie is not a canonical queer movie either. There’s the love triangle plot that involves Jean-Louis Trintignant and two bisexual women can’t really be taken seriously: this is primarily a genre movie, dignified and noble in its pace and imagery. According to the plot, two women — one of which is a wealthy Parisian woman and the other is her young friend - live in a villa in Saint-Tropez, spending their days together in a serene environment. One day, though, a young mistress meets architect Paul at a party — and so the love triangle begins. Les Biches can be followed up by the works of Alain Robbe-Grillet — Chabrol’s contemporary colleague, another enthusiast of showing unconventional sexuality.

Virginia Woolf's Modernist Classics in the Phantasmagoria of the Early 80s

Orlando, probably the most important book for the LGBTQ+ community about the hero-heroine Orlando, who embraces gender fluidity by switching from a man to a woman and vice versa, was lucky enough to get a more than decent film adaptation: androgynous Tilda Swinton had just become a worldwide star after her role in Sally Potter. German experimentalist Ulrike Ottinger shoots her Orlando with no limits: devoted Virginia Woolf fans probably wouldn’t approve. Ottinger reinvents the history of mankind with crazy characters — inspired either by Tod Browning's Freaks or Derek Jarman's Jubilee, or even Carroll's books and Jodorowsky's filmography. Freak Orlando is a mind-blowing and somewhat indigestible movie: from crazy costumes to theatrics, dance numbers, and dozens of incomprehensible characters in extras — everything is right here. This film from the heart of the punk era doesn’t have a framework: it’s as informal and countercultural as it gets, which makes it one of the best LGBTQ+ movies of all time.