11 Must Watch Films on Transgressive Sexuality and Kinks

The male gaze, conventional camera angles, body parts in the exact frame where you would expect it — most sex scenes in mainstream movies are made as if they were copies, ignoring a variety of bodies, emotions, and sexual dynamics that occur in real life. Alisa Taezhnaya, a film critic, prepared a selection of films about kinky sexuality in which fetishes and specific tastes play a significant role in the storyline and the DNA of the movie.

Many people became familiar with Julie Ducourneau’s work after the latest Cannes Film Festival, where Titane (2021), to the surprise of many, won the Palme d'Or. The main character - who exterminates humans and copulates with machines - seems to be a reincarnation from Blade Runner and Cronenberg's early filmography. Things get even more interesting when you get to Ducourneau's debut movie Raw - a feminist body horror about a young vegetarian girl’s first year at veterinary school. After the initiation ceremony for the newbies, older students force her and each of her classmates to eat a piece of raw rabbit kidney. The heroine discovers an insatiable craving for raw meat, both animal and human. Ducourneau weaves together the themes of a girl's traumatic coming-of-age, sexual awakening, body dysmorphia, and cannibalism, using animal lust for blood as an allegory for rebellion. It’s a riot of the body after living by someone else's rules and obeying to them.

This controversial metaphorical thriller, based on a book by a science fiction author James Ballard, has made it into the textbooks of film history as an outstanding visualization of transgressive sexuality. According to the plot, the main character grows apart from his wife. Their sexual life is only heightened by discussing the intimate details of their extramarital sex. He meets a group of car crash fetishists: with scars and injuries, they risk their lives every time, constantly raising the stakes - the more adrenaline and destruction, the greater the release. This eternal concept of overcoming isolation and emotional coma through seeking adrenaline is revealed in the story about codependency and life in a secret society. Crash is a poem about physical deprivation and merging with technology in search of human nature.

Elderly men sound asleep next to a young beauty

It is a story about the eternal attraction of youth and the alienation of women from their sexuality. A young girl is in search of quick and good money: and surely, one of the offers leads her to sex work. The heroine agrees to work at a closed country club where she is going to be voluntarily sedated and sleep naked while male customers lie next to her. The club members can do almost anything they want with the sleeping beauty, only penetration and violence are off limits.

The modern fairytale of the sleeping beauty dissects the objectification of women: behind the walls of a closed club, no one cares about the main character’s wellbeing, only her looks, and youth becomes a valuable currency for those who have no money. Where is the line between having sex with an unconscious person and necrophilia? Director Julia Lee tries to figure out the difference between the real estate of sleep and death through the story of a girl who resembles a statue.

Immobility as an addiction

An extreme BDSM story directed by the daughter of David Lynch, starring his leading lady Sherilyn Fenn (who is known as Audrey in Twin Peaks) as Helena. In this story, Helena - a girl who gets into a hit-and-run accident and injures her legs - becomes dependent on the man who saved her. The surgeon gradually amputates all of her limbs, including the healthy functioning ones. While she is completely physically dependent on him, Helena holds disdain for him. Jennifer Lynch carefully dissects the dynamics of power within a couple in a confined space where sexuality is linked to aggression, restriction of freedom, and humiliation. In quite an unexpected finale, Boxing Helena transforms into a control thriller that polishes away the horror of loss and suddenly unfolds into a very different story.

Danger ahead: a romantic comedy about bondage and Stockholm syndrome

The early filmography of Pedro Almodovar is an unconventional sexuality galore: everything strange, unusual, queer, and unpredictable is put together by him in absurd plots of illogical and treacherously unexpected passion. In his stories, the characters of Crime Chronicle are portrayed as people from romantic comedies, and everything dangerous and sinister is presented as funny. This terrifying story of a porn star who is kidnapped and tied to a bed by her stalker is portrayed with the same irony. While the kidnapper, who has just been released from prison, is away from home, the actress suffering from Stockholm Syndrome lives on a leash and gradually gives up on the idea of escaping to save herself. 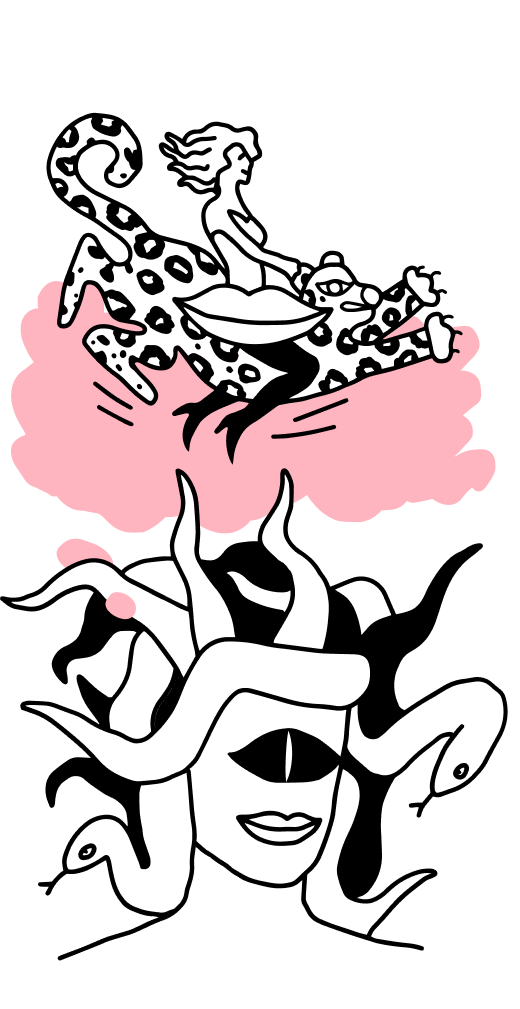 The subject of sexuality, violence, and one’s emotional dependence on physical pleasure is central to the work of Nagisa Oshima, who has been making films since the 1960s. Among his politically conscious, oppositional films, In the Realm of the Senses has become a mainstream superhit. The film is based on a true story of the legendary Japanese geisha Sady Abe: in the mid-1930s, she killed her lover by strangulation and, after castrating him, took his genitals "as a souvenir."

A real treasure from the 1970s and a wonderful film for anyone once impressed by Pasolini and Makaveev. Transgressive in plot and inhumanly beautiful in visuals. The plots of three of the film's four short stories are set in the past, of which two are based on real life people: Elizabeth Bathory and Lucrezia Borgia. Immoral Tales is a clear provocation, which made a lot of noise in the year of its release. It’s no wonder, since the film can still be called controversial today, imagine what it was like 50 years ago - stories of masturbation in religious euphoria, bathing in blood, incest, and lesbian sex...

There is a lot of male gaze, but it is all balanced out by the visuality of the new wave of Eastern Europe: Valerian Borovchik's film shows many of the techniques of the filmmakers from Poland and Czechoslovakia. From the framing and matching of costumes to the theatrical presentation and choreography the picture, Immoral Tales interweaves sexual acts with the religious themes of sin, guilt, shame, and redemption. And even the legend of the mad countess is presented in an unexpected way.

For most feminists and feminism sympathizers, the figure of Catherine Breuil is unknown and, we must say, totally unfair. Years, even decades before contemporaries began dissecting female sexuality, Breuil was making films about female desire and reflection on that desire. Anatomy of Hell is a dialogue drama practically confined to the room where two strangers, a woman and a man, meet and get to know each other. She is straight, he is gay.

The "scandalousness" of the sexual techniques only distracts Breuil's superficial viewers from a profound conversation between two strangers about the role of men and women in each other's lives, regardless of their sexual orientation.

The highest-ranking courtiers and those close to the king arrange a secret nocturnal meeting in the woods to try the forbidden and push the limits of control and pleasure. It is the end of the Baroque era, and the practices penned by Marquis de Sade had to be hidden. The Catalan filmmaker Albert Serra shows us the lives of privileged Europeans several hundred years ago, conveying the language, pace, and aesthetics of physical communication from a completely different era.

Yet the underlying mood of Liberté, despite the fulfillment of the participants' desire (that go from spanking to golden showers), is full of dull despair, weariness, and excess: Serra shows a closed club of the permitted, where freedom has nothing to do with sexual liberation and pleasure.

A crazy musical experiment from Taiwan about lust, pornography, and obsession with watermelons