Is Female Objectification in Fashion Still a Thing? 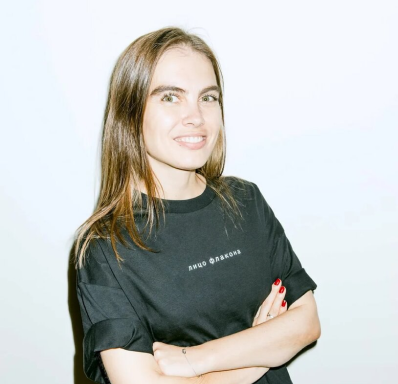 Our society is going through some major changes: the naked female body is no longer a foolproof marketing tool, social media has adapted to new censorship, and sex as an idea is being thrown off the pedestal. Why is that? And what does it mean for us? Tonya Golubeva, a journalist, former FLACON editor-in-chief talks about the nature and history of sexualization – and desexualization – of fashion.

In July of this year, a budget airline SkyUp changed the uniform for flight attendants, swapping shoes for sneakers and skirts for trousers. The event sparked a huge response in the Facebook community. The dress code and beauty standards in the aviation industry are among the strictest, so the Ukrainian company's decision immediately caused all kinds of reactions. Some even said this example could start a revolution that will bring about the long-awaited desexualization of aviation fashion. And that it will finally catch up to modern standards.

For a few years now, the conversation of desexualization in fashion has been ever-present. The idea of “sex sells” and provocative ambiguity as a lifestyle was replaced by the new wave of feminism, gender neutrality, and a general fight against sexism and objectification. And all of this, undoubtedly, has had a tremendous impact on the fashion industry, given how it directly reflects and goes hand in hand with our culture and values, constantly changing in accordance. Plus, the new generation of consumers has grown up just in time.

Even for Millennials, sex is not as exciting as it used to be for previous generations: with just about everything at their fingertips, Generation Y is much more casual about it. They rely primarily on their comfort level in everything, including clothing. When it comes to an average Gen Z representative, according to numerous studies, they’re not interested in sex at all. Or they might be curious, but it’s surely not a priority on their list: it’s all about self-development and self-expression these days. This means that sex as an idea can no longer be sold and companies have no choice but to develop new, more subtle, truly meaningful approaches and concepts.

Pure. Dating should not be boring.

However, the pursuit of sex in fashion is far from a brand new phenomenon. As we all know, trends evolve in a spiral, endlessly swinging back and forth between two opposite ends of the spectrum - hypersexuality and asexuality. And this pendulum swing is almost always dictated by what’s going on in the world.

"In the early days after the 1917 revolution, Soviet fashion was asexual," - says Alena Isaeva, a fashion expert, former fashion director of Harper's Bazaar, and editor-in-chief of Numero. - “That is simply a sign of equality. Once equality is on the agenda, sexualization goes down. For instance, during that time there was no way to address a woman, everyone was a sexless comrade. We still don't have many options.”

The flourishing of sex as a marketing tool, the expert explains, is also due to social factors: “The 1st half of the 20th century was shaken by wars, so there was an urgent need to increase the population. The 2nd half of the century was devoted to the sexual revolution, which let women embrace and explore the pleasures of sex. The 60s and 70s were all about digesting these major changes and adapting to them, and then finally, enjoying them to the fullest. Now, as we see, is the time of new Puritanism. I’m pretty sure they're going to start putting underwear on all the naked statues.”

Today's "no sex" movement, our expert thinks, has heterogeneous roots. ”Surely, this is a reaction to the sexism of the 2000s and 2010s. But on the other hand, there is a certain social shift, plus new procreation technologies. I reckon it’s also a natural reaction to the overpopulation issue. Research shows that the number of active sperm in male sperm has decreased by half... Add that to the digitalization and virtualization of communication. As in, what's the point in wearing a miniskirt if a guy can only see your face? Based on all the above I have two predictions: we wait 10 to 15 years and see if the next generation gets tired of living without sex (as is often the case, children deny their parents’ ideals). And another one, more distant: sex will return if and when there will be fewer humans, for whatever reason.”

And yet, sex isn’t entirely “canceled”. At the very least because, in addition to its cyclical nature, sex is heterogeneous - even when it comes to the aviation dress code. Let's go back in time for a moment.

Back in the 1930s, the first flight attendants were nurses - no wonder their attire resembled a medical gown. And when you think about it, it's no surprise that the double-breasted jackets, skirts, and berets of the flight attendants of the 1940s also looked like a uniform, this time a military one. Dark, practical, and utilitarian, it was a foundation for the aviation dress code for many years up until the 1960s. Then, due to the growing popularity of air travel, fierce competition between airlines began and flight attendants turned into a marketing tool overnight. Any modern modeling agency would envy the casting of flight attendants, and the top fashion creators, from Coco Chanel to Emilio Pucci, took on custom orders to create the uniform for them.

Surprisingly, suits have been around for a while, too. They appeared in the 1930s for the very first time - however, they didn’t become too popular. Yet there were many attempts. In 2006, Alitalia allowed its employees to choose whether to wear a skirt or trousers, depending on the weather and destination. In 2010, KLM Royal Dutch Airlines flight attendants began to wear trousers, followed by Virgin Atlantic in 2014, and then British Airways in 2016. The Cathay Pacific flight attendants even had to fight for the right to pants in court, fortunately winning their case against the employer in 2018. Needless to say, for many of them, it was a matter of convenience rather than desexualization.

In the end, we’re all different, and women have every right to choose how to dress, depending on their personal preference and style. Fashion will adjust, as it always does.

Why give up sex when you can just approach it differently? It’s not an easy task to solve, but we will figure it out.