What is Ghosting? As Explained by a Sexologist

Endings are difficult, no doubt. The strangest, however, type of ending is when someone ghosts you without a warning. Waiting for a message, getting no calls — it's almost like you never knew each other at all. Ever happened to you? This is called ghosting. Sexologist Myriam Braiki tells us everything about ghosting, why people do it, what’s really behind this behavior, and how to cope when you’re on the receiving end of it. We’re taking notes.

What is ghosting? Ghosting is the art of leaving someone without an explanation or disappearing from their life without a trace. In the era of social media dating and online dating apps (looks like you’re in the right place!), ghosting is probably what we fear the most.

I’ll tell you all about it in this article, because even though most of us know what it is, it’s still unknown for some people — and it’s better to be safe than sorry.

We often use that word to describe romantic relationships, but it also applies to friendships, family, and professional connections

So, first of all, what is “ghosting”?

“Ghosting” is self-explanatory and comes from the word ghost. It also means to play dead, be a ghost, disappear. And the popularity of this phenomenon has increased over the past years.

New technologies change the way we act, behave, and react.

Ghosting is immature. Our consumerist society enhances the “I want it, I take it, I throw it away” behavior. A relationship with someone becomes a relationship with an object. With just one click, I can connect with someone, and with the next one, I leave them. It’s so simple, a click is all it takes!

Ghosting is a very trendy term that first appeared in the early 2000s in popular American magazines, mostly used to describe this quite cruel — almost violent — way of leaving someone. Let’s admit, ghosting is cowardly.

We often use the word ghosting to describe romantic relationships, but it also applies to friendships, family, and professional connections. It’s valid within any dynamic.

So basically, ghosting is becoming invisible, not giving any news to the other person to avoid breaking up IRL or communicating. Pretty ugly behavior, and not very brave.

How does ghosting work?

Two people start talking to each other, they have a pretty nice and satisfying connection, and all of sudden … nothing. Silence. From something to nothing without any explanation.

That sudden absence is hard to understand, especially if you didn’t see it coming …

So you feel an immense emptiness, and you’ve got unanswered questions! The other person doesn’t give any sign of life, not a word - even when everything seemed okay right before.

You’re now alone with their absence. And you don’t have a say in it.

A brutal and imposed separation. A loss that makes no sense.

They may not even understand the reason themselves

But why do people ghost others?

It’s hard to know why people ghost. There are multiple possible reasons why they do it. Here are some of the common ones:

When toxic relationship signs show up, ghosting might be someone’s only solution. Especially when this relationship is with a psychologically or physically abusive boyfriend, girlfriend, or partner.

People sometimes ghost you in order not to hurt you. For some, giving an explanation or communicating with someone they were dating honestly can be really hard. When you ghost, there’s no need to face the end of the connection, to face the other person and their feelings, to explain yourself or justify your decision.

Disappearing and ghosting can also be the easy way out - one can avoid a difficult conversation IRL or via a text message, and there’s no need to justify themselves. This comes from the cowardice and selfishness of the ghost.

Fear of commitment and commitment issues can be another explanation as to why people ghost. Sometimes there’s a strong fear in the beginning of a relationship. The person is simply not ready, and rather than saying it how it is, disappears. They may not even understand the reason themselves.

Ok… So now that we’ve seen the different reasons that make someone ghost, I’ll try and describe different personalities of those who tend to ghost and those who get ghosted.

Some people do ghost with good intentions towards you - they’re simply caught up in their emotional trauma and baggage.

Ghosts — what kind of people are they?

Players don’t want to spend time with only one person at a time, so they will disappear and play dead. They don’t want to get into commitment, and these people can be qualified as consumers of love and relationships.

They’re afraid of being abandoned, so they will leave before they get left. Thus, they’re also in control of the situation, not to destroy the other like the narcissists do, but to try and manage their crippling anxiety. As they keep control of their relationships, they have the illusion that they’re managing their anxiety: “If I don’t want to be abandoned one day, I might as well be the one to abandon”.

These people, much like those afraid of commitment, will do everything they can to avoid a relationship or never be in one. Once they have a connection with someone, they feel suffocated. A healthy relationship can make them anxious, so they will quickly seek a strategy to leave. Loneliness will be the only way for them to not suffer. Or at least, the only way to not feel dependent. Their motto could be “better be alone than risking getting attached”.

With these descriptions, I hope you’ll notice that ghosting is not only done by people with bad intentions who cowardly go from one person to another - there are other reasons, too. Some people do ghost with good intentions towards you - they’re simply caught up in their emotional trauma and baggage.

Do you get ghosted a lot? Let’s see some types of those who get ghosted (or at least those that I meet through my work)

First and foremost, I want to note that we’re in a society of ephemeral things and consumption, so anyone can be ghosted and left overnight - no exceptions!

However, as I observe the people who come in for a consultation with me, I’ve noticed that those who get ghosted are mostly people who suffer from emotional dependency, have a low self-esteem, or lack self-love. These are people who have often lived through situations of abandonment in their past (in childhood or teenage years). So being ghosted is terrible for them as that situation will revive the old, initial feelings of abandonment.

Those who suffer from emotional dependency have a bad image of themselves, and they will often subconsciously choose partners that are bad for them. They will choose partners who will have them relive their traumatic past and keep on repeating it.

Because they don’t love themselves, they’re trapped in their suffering of limiting beliefs about themselves, life, and love. These dependents will be attracted to people who will either mistreat them, abandon them, or both. So, the ghosted person needs to grieve. And that’s when it gets complicated for them, because grieving without closure or being able to make sense of the story ending is very painful.

I truly believe that ghosting is worse than insults, despise, and potentially hurtful explanations

What are the consequences for those who get ghosted?

The disappearance of a loved one, whether it was a lover or a friend, is very brutal. It’s completely normal to suffer from tough breakup feelings after getting ghosted, and it can facilitate the loss of self-esteem and self-confidence, but also a loss of confidence in people. The ghosted person often feels rejected and abandoned. What’s terrible about ghosting is that it’s not a breakup, but a disappearance - a lack of breakup.

Indeed, it’s the lack of an answer that is unbearable, rather than the end of the relationship. One of the consequences of ghosting is the constant questioning, where the ghosted person keeps wondering if they did something wrong. And that’s totally normal because they didn’t get an explanation for the breakup.

Ghosting is cruel, unfair, and worse than insults, despise, and potentially hurtful explanations. Disappearing can be lived as the worst form of abandonment. And an unexplained abandonment doesn’t allow for normal, healthy grief.

Pure dating at the speed of desire

In conclusion, if you’ve been a victim of this behavior and you suffer from it, I advise that you seek an appointment with a professional, whether it’s a love coach, a psychologist, or a couple’s therapist. So, if you got ghosted - you can seek help without shame. Especially if it bothers you.

It will allow you to get closure and understand what is happening to you, and also work on yourself if you need to. I wish you power and courage! 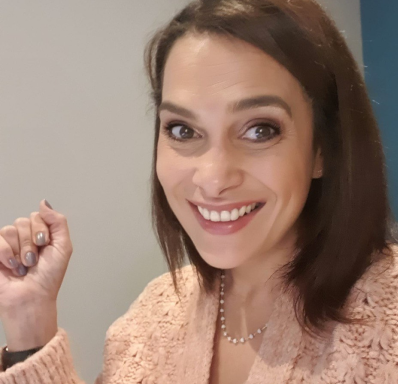